Good night, thank you for coming and have a safe journey home.

Forthcoming; Gardening Party from 9am TOMORROW.

(every 2nd Saturday of the month)

Volunteers for both or either please.

A report of the last meeting was agreed and there were no matters arising.

Group Update; a 2nd roundtable meeting was held in February at Gloucester Station, involving stakeholders from a wide range of transport bodies, central and local government departments. These so far have proved to be very constructive and are planned to be held on a regular basis in the future.

The new FGW timetables have been renamed. The pocket timetable for Ashchurch for Tewkesbury station is Central 5. Details of ATDRPG are now within.

The 5.40 Ashchurch for Tewkesbury direct train to Paddington is now a permanent timetable addition. The group will continue the campaign for a direct return service.

There was one major change as a result of an ATDRPG suggestion which is the calling of the Cross Country 19.05 Cardiff - Nottingham to replace the little used 20.05 of the same route. This gives a more even spread of evening services.

The new ‘station manager’ Richard Moorish is very receptive and the expansion of the car park and lighting in the shelters have been identified. New cleaner signage has already been installed in places.

Passenger counts are to be held on a defined regular basis and passenger numbers are far more than officially recorded.

Guest Speaker; Christian Wolmar gave an talk on the role that the rail industry played in wartime throughout history. Signed books were available on sale.

Date of next Meeting – Friday 6th June 2014, AGM - Presentation by John Dyer of 'North to South Railways' on the redesign of Cheltenham Spa Station. A reminder that subscriptions will be due then.

Our next meeting is this Friday, 12 September, in Tewkesbury Library and will include a presentation  on the Ashchurch retail park. All are welcome from 19:00.

And don't forget the gardening parties at the station from 09:00 on the second Saturday of every month, Please bring tools if you have them, 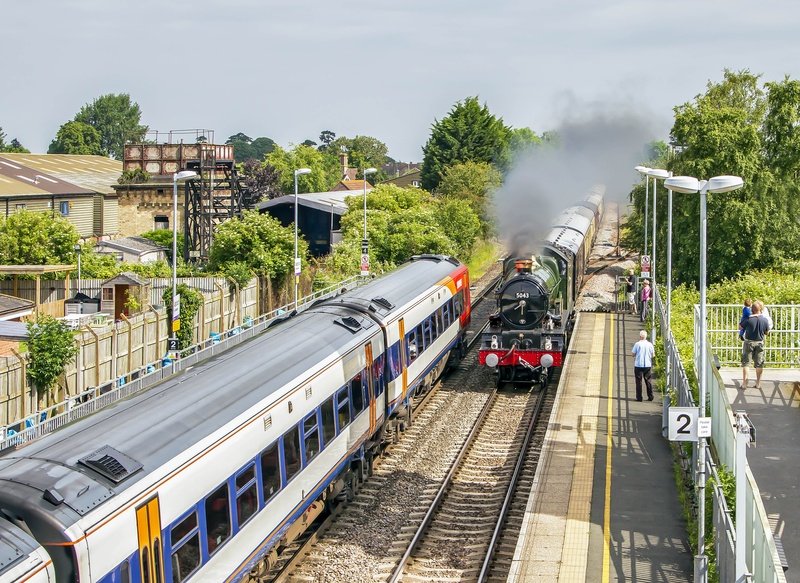 We have updated the timetables section with the latest departure boards, valid until 14 December 2014 and added some new photos. 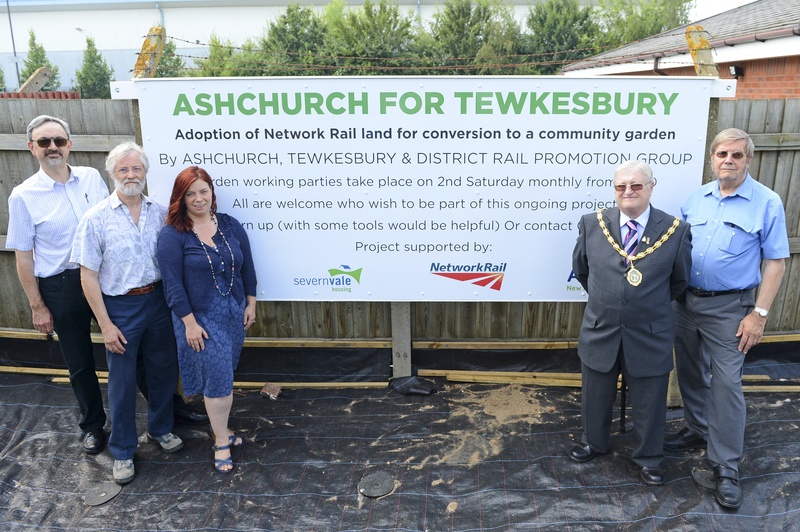 We have updated the photo albums with two pictures of the unveiling of the Garden Sign, courtesy of Jack Boskett, 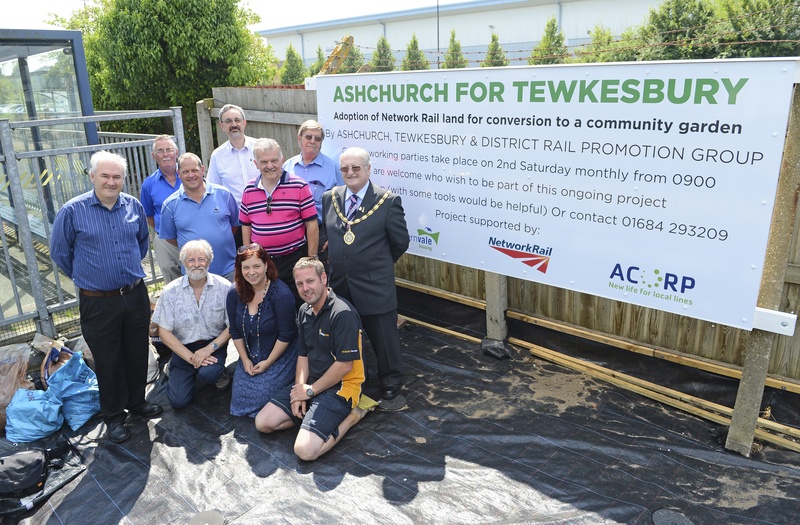 The government has announced funding for capital projects in Worcestershire, including a proposed Worcester Parkway station,

Consultation on development of land

The proposed development involves approximately 550 homes with a primary school, open space and landscaping on land north of the MoD site at Ashchurch.

The site forms part of an area allocated for development in the emerging Gloucester Cheltenham Tewkesbury Joint Core Strategy. It is bounded to the south east by the MoD site, to the west by the railway line, and to the north by Aston Fields Lane (a continuation of Grange Road).

The development team would very much like local feedback to help inform the proposal. In particular, we should like to hear the views of councillors who represent Ashchurch and Tewkesbury and representatives from the local business community.

A public consultation, to which you are very welcome, will take place at St Nicholas Church Hall, Ashchurch GL20 8JZ at the following times:

Have your say on the franchise

Anyone who wishes to comment on the Great Western franchise can do so at https://www.gov.uk/government/consultations/great-western-specification-for-the-future-franchise

Harriet Baldwin, MP, has made the following response to the FGW consultation, http://www.harriettbaldwin.com/pdf/FGW_Consultation_Response_13062014.pdf

Start a Free Blog at Webs.com